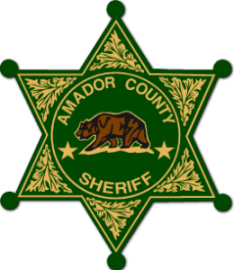 Details:
On September 8, 2021, at approximately 7:04 pm, ACSO dispatch received multiple calls of gunshots heard in the 21000 block of Homestead Road in Pine Grove. One report stated they heard a female yelling, “You shot him!” after the gunshots were fired. ACSO deputies responded to the scene and began to establish a perimeter. As the initial deputies arrived, ACSO dispatch received a report from a 45 year old female, who said she witnessed her 46 year old boyfriend shoot his father at the residence on Homestead. This witness informed deputies that she immediately fled the scene and at that time there were three people inside the residence.

With the assistance of the California Highway Patrol and CHP helicopter, a perimeter was set and announcements were made into the residence. There was no response from the residence.
The ACSO Special Weapons and Tactics Team (SWAT) was subsequently activated and responded to the scene. After a methodical search of the property, SWAT personnel located a deceased female on the back porch of the main residence. After making entry into the main residence, SWAT personnel located two deceased males inside.

At this time, this is considered an active and ongoing investigation. The investigation has led the Sheriff’s Office to believe that there are no outstanding individuals and there is no public safety risk.

Manners and causes of deaths will be determined by forensic post examinations. The names of the deceased will not be released until confirmation of identity and notification of next of kin.